Who would have guessed that the amygdala – a nucleus in the mid-brain generally associated with emotions like fear – also become active when you walk into a museum? In this paper, which appeared in a special research topic on aesthetic preferences in the journal Frontiers in Human Neuroscience, Richard Jacobs and Frans Cornelissen argue this is so because one important task of the amygdala is to guide feature-based (rather than spatial) attention during tasks that require emotional decision-making. And judging whether an artwork is beautiful (or ugly) is an emotional decision. Their new theory generates various predictions, which they discuss. 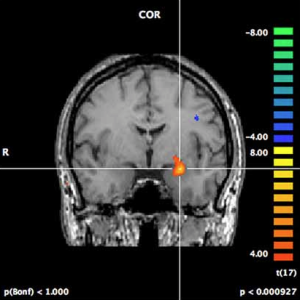